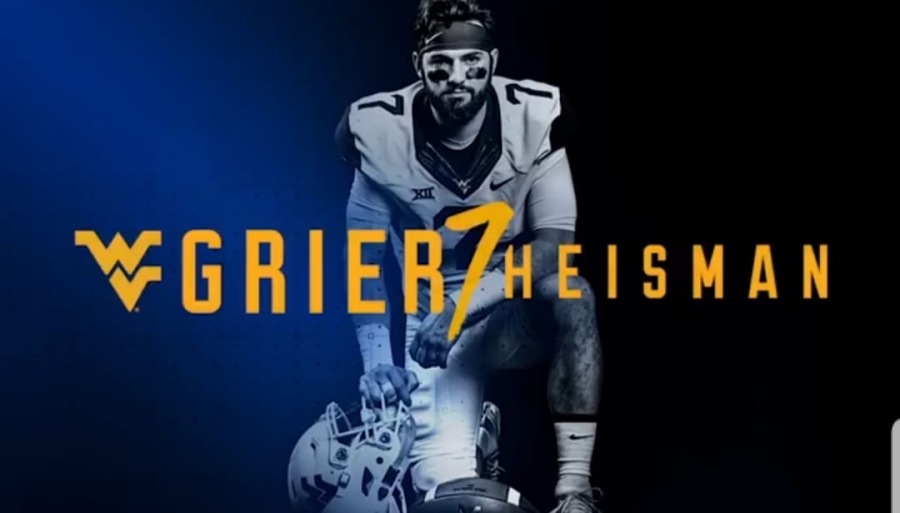 Due to past history after Saturday’s game against Kansas many WVU Fans have concerns about how this team will finish the season:

HC Holgorsen admitted in his Post Game Conference that WVU’s offense was sloppy against Kansas, and it was. The Center Jones began the game with 3 bad low snaps, Grier threw 3 interception, there was at least one fumble, the Offensive Line didn’t block well, and. there were several dropped passes. However, the Defense played very well.

WVU wasn’t the only team that played a sloppy game. The No. 3 Ranked Ohio State Buckeyes also had a sloppy game against unranked Indiana, and its QB Dwayne Haskins is also a Heisman contender.

After the win over Kansas WVU took over the number one spot in the Big 12 Standings, and moved up 3 spots the AP and Coaches Rankings going from No. 9 to No. 6.

I think what we are seeing this season is a much better and much more talented Big 12 Conference than people want to admit. This Conference has more talent and much better teams than other Power 5 Conferences. This is evident by the scores we see each week. Alabama wins big each week, and Ohio State is doing much the same. The games played by other conferences are for the most part not as competitive as Big 12 interconference games. While the Big 12 is known as the passing conference, it is also a running conference. WVU, Texas, and Kansas does and can run the ball, and let’s not forget about Iowa State. Sports media doesn’t give the Big 12 the credit it deserves.

Some WVU fans believe that Alabama QB Tua Tagovailoa already has his name on the Heisman trophy. Since I haven’t seen the trophy, I don’t know. What I do know is that Will Grier has to redeem himself for his bad decisions against Kansas, if he wants a shot at it. As far as WVU winning the Big 12, they can do, but it won’t be a cake walk, for WVU still has to play Iowa State, Texas, TCU, Oklahoma State and Oklahoma, and Baylor. WVU can’t afford take any of the games for granted.

Back in the spring all we heard was the lack of depth on WVU’s defense, and that offense would be good for it had all this talent, and no one expected anything from WVU’s defense. Boy were the experts wrong about this. WVU’s defense is one of the best in the nation and appears to improve each week. Each week we see new players stepping in and stepping up.

I don’t see a lot of concern about this team coming from the coaches, and all the players appear to be pumped. The thing about being pumper you can get overly pumped and overly confident in you team, in a player, or ones self and this leads to mistakes and bad decisions. This is what we may have seen Saturday against Kansas. The good news is that this brings a team and/or player down a little bit, and the players will work doubly hard to correct this, for they were humbled by their mistakes. We have all been humbled by mistakes caused by being overly confident, and hopefully we learn from them.

Whether Grier wins the Heisman, I can’t say. What I do believe is that if WVU wins the Big 12, then Grier has a better shot at it, but he needs to redeem his performance against Kansas.